The evidence is now clear. Exercise is excellent for health but is not important for weight loss. Doing physical activity for a few minutes causes your body to react positively. When it becomes a habit the benefits grow. Your lungs get stronger as oxygen is converted more efficiently and transfered to muscles and your other organs. Your body releases chemicals called endorphins which increases your alertness and gives you a positive feeling.

If you are trying to lose weight by increasing exercise don’t try to compensate for calories burned by eating more. You'd simply be removing the benefits of exercise. Instead, think of working out as a way to improve your
health and not to lose weight.

Scientists have shown that energy expenditure or calories burned every day include much more than physical activity. Energy used is also made up of all the energy needed to run the many functions that keep us alive.

Three of the Main Key Components of Energy Expenditure are:

Basal Metabolic Rate, over which we have very little control, is the amount of energy a person needs to keep the body functioning at rest. Some of those processes are breathing, blood circulation, controlling body temperature, cell growth, brain and nerve function and contraction of muscles.

One 2009 study shows that people increased their food consumption after exercise, either because they thought they burned off a lot of calories or because they were hungrier. Some people even unconsciously make compensatory
behaviors. They try to use less energy on their non ­gym activities, lay down for a rest, fidget less because they’re tired or take the elevator instead of the stairs.

Sometimes it's hard to lose weight through exercise alone because after a certain amount of exercise your body does not burn calories at the same rate. The energy expenditure eventually plateaus  at a certain point.

The British Cardiologist, Dr. Aseem Malhotra, an outspoken critic of the food industry accuses food and drink firms such as Coca-Cola, Pepsico, Cargill and Mondelez of having wrongly blamed the lack of  physical activity as a cause of
obesity.

The British Journal of Sports Medicine  claims that this false perception “is rooted in the food industry’s public
relations machinery. It uses tactics chillingly similar to those of big tobacco companies... denial, doubt, confusing the public and even buying the loyalty of bent scientists, at the cost of millions of lives.”

The researchers at the National Weight Control Registry  found that people who have successfully lost weight share afewthings in common. They take their weight at least once a week, stay away from high ­fat foods, watching their
portion sizes and also exercise regularly.

You Can’t Outrun a Bad Diet According to Samuel Klein, MD  at Washington University’s School of Medicine, it
is much more efficient to cut calories than to exercise for weight loss.

“Decreasing food intake is much more effective than increasing physical activity to achieve weight loss. If you want toachieve a 300 kcal energy deficit you can run in the park for 3 miles or not eat 2 ounces of potato chips.” The choice is yours. Exercise has some effects on the hunger and appetite hormones which makes you feel noticeably hungrier after exercise. “If you walk briskly for an hour and burn 400 kcal,” says Klein , “and then have a beer and a slice of pizza afterward because the exercise made you feel hungry you will eat more calories than you have burned.”

Exercise consumes far fewer calories than many people think. Thirty minutes of jogging might burn off 350 calories but many people can’t keep up with 30­minute exercise every day. They could easily achieve the same reduction by avoiding two 16 oz. sodas each day.

Exercise Helps Repair Broken Metabolism
While exercise may not be as important for weight loss as calorie restriction, it’s important in another way. It begins to repair a broken metabolism. “A lot of what we know in this area comes from NASA,of the bed­rest studies,”says James Hill,Ph.D., University of Colorado. “Within a couple of days of non­activity, the metabolism becomes inflexible. You start moving again, and it does start to change.”

This is why exercise is critical in maintaining the new weight, which is more difficult than when losing the weight. The other problem with exercise without dieting is that it’s too tiring, and anyway, the body will compensate.
If you’ve been overweight or obese and you lose weight, maintaining that loss means you are probably going to have to work harder than other people for
long time.
A Calorie is a Calorie
We think that if we can just get hold of the right combination of foods, we’ll, just
like that, lose weight or maintain what we’ve lost.
We know pretty much that any diet will help us lose weight if we follow it.
There’s no magic diet.
All Diets will work if we follow it

It’s true that all calories are created equal. “From the standpoint of body
weight,” adds
Marion Nestle Ph.D
., of NYU, “a calorie is a calorie no matter what
it comes from. You can gain weight eating too much healthy food as well as
unhealthy.
From the standpoint of health, it’s better to eat your veggies. It’s just a lot easier
to overeat calories from junk food than healthy food. But it can happen.”
Cortisol is Bad News for Anyone Wanting to Lose Weight
Exercise releases the hormone Cortisol, also known as the stress hormone.Research shows that high levels of Cortisol cause the body to hold onto fat and

increase appetite.
Cortisol also
encourages fat to be stored around the waistline

which is associated with increased risk of heart disease, diabetes etc.

We need to exchange the high­calorie foods for foods that are low in calories
and  nutritionally dense. These are the ones that are high fiber, low energy, have
more  quality protein, and lower on the glycemic index.
Brain ­ the Ultimate Decider
Ultimately, it’s the brain that is actually creating overweight or obesity, not the
body or the metabolism.
There may be some
damage to the brain
, particularly in
how hunger and satiety hormones function.
Scientists have discovered that years of eating – and
overeating the typical
American diet
actually changes the brain, damaging the signaling pathways in
the hypothalamus, the part of the brain that regulates metabolism

But the good news is that the
brain can fix itself
to a large degree once new
behavior patterns like calorie restriction, healthy food choices, and exercise emerge.
Most important, remember your brain, the organ behind all this will adapt to
the changes you make and so will your body.
In order to lose one pound of fat, we must create a 3,500 calorie deficit, which
can be achieved either through exercise or diet.
If a 200 pound man wants to lose one pound in a week by exercise alone he
needs to run about 3.5 miles per day or 24.5 miles a week, provided his diet
stays the same.
Through dieting alone, he needs to cut back only 500 calories per day, equal to
only two Cappuccinos with cream, provided his exercise regime stays the same. Although the two should achieve the same results, in the world of fitness, theory
and reality are not the same. It’s obvious which is the easiest way.
Calories In vs. Calories Out.
Take a look at another study, this one in the
Journal of Sports Medicine and
Physical Fitness. When researchers asked the subjects to exercise, estimate their
caloric expenditure, and then to consume the amount of food that they believed they burned in calories, they ended up eating 2­3 times the amount of calories
that they burned.
Weight is Lost in the Kitchens ­ Health is Gained in the Gyms
Reduce your calorie intake by 20% of your maintenance calories
and at the same time increase your amount of protein intake in
order to stay satiated. Protein has a higher Thermic Effect of Food
and your body needs to expend more energy to digest it in
comparison to carbs or fats.

Physically active people do not necessarily burn more calories
than people who are moderately active. The body seems to adapt,
possibly by resting more after exercising.

Exercise is good for health, strength, and well­being, but when it
comes to weight loss, it’s all about what you eat.

It’s clear that you need to restrict calories in your diet to lose
weight—and exercise to keep it off,” says
Tim Church, M.D.,
the
director of preventive medicine research at Louisiana State
University, in Baton Rouge.

It’s much easier to cut 500 calories a day, the amount you need to
cut to lose a pound a week than to burn that much through
exercise. To work off around 500 calories a day, a 150­pound
person would have to spend an hour pedaling on a stationary bike
at moderate speed or forsake a Caffé Mocha with 2 percent milk
(200 calories) and a nightly small cup of ice cream (about 200
calories) and a handful of potato chips (almost 160 calories) for a
plain brewed coffee (only 5 calories)

Eating fewer calories is pretty much easier when you stick with a
primarily
plant­based diet
of fruits, vegetables, whole grains,
beans, nuts, and heart­healthy fats, like olive oil and avocado.
Limit processed foods which contain lots of empty calories like sugar, unhealthy fats, and salt
http://paidpost.nytimes.com/philips/make-life-better/realizing-a-dream.html 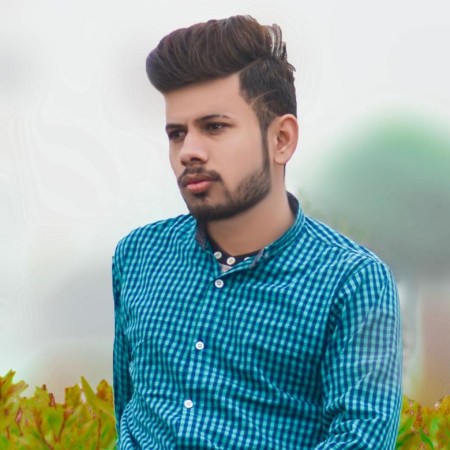 GIVE A REPLY Cancel reply